When Ronald got the news about what had happened at the twin towers on September 11, 2001, he was holding his infant son who was just a few days shy of one month old. He handed his son off because he knew he was about to be activated, which he was thirty minutes later. Ron and the other officers took every supply they could because they did not know how long they would be there.

As Ron crossed the George Washington Bridge, he saw a giant American flag and clouds of smoke. On the sides of the highway were people holding flags and signs. All of the usual sounds of New York were missing, but breaking through the quiet were Air Force fighter jets and military helicopters that flew above the area to keep everyone safe. There were inches of soot on the ground and it was snowing ash.

Ron reported to the Javitts Center, which was command central, to get his assignment. For his first assignment, he worked perimeter security and sat at and inspected the tunnels, since there was a concern that they might be attacked. On his first day, he worked for 28 hours. He could hear the beeping sound that day non-stop that the firefighters’ air packs made when the air levels were low that must have been coming from below. That first deployment lasted for seven days.

Ron’s second deployment was a morgue detail where they attempted to identify remains from the site. He said that particular deployment was especially difficult. His third and final deployment was to work security for a variety of settings, including on the bridge and the governor’s office.

Ron recalls that their boot soles kept melting so they had to change them for new ones regularly. The heat from the ground was also injuring the K9s’ paws so they had to wear booties. Respiratory protection was not adequate, but after a few days, they were given 3M masks to better protect themselves. Ron and many of the officers he served with have had serious health problems since as a result.

Ron also said he had some positive memories from his time at Ground Zero because of the goodwill and kindness of the public and local businesses there. People brought them food and businesses opened themselves up to them for them to have a place to take breaks. In fact, their makeshift police headquarters were actually at a Burger King.

When he spoke of his service at Ground Zero, Ron said that the working conditions were horrible, but you did what you had to do and that he would do it again. He is currently still serving as a New York State Investigator.

On September 11, 2001, John was at his mother’s memorial service, then on his way to the cemetery when he saw a sign on a pizza place that said, “God Bless America” that told him that something was not right. He asked about it and upon finding out what had happened and after saying goodbye to his mother at the cemetery, he volunteered to go to Ground Zero, rather than use his bereavement leave.

When John spoke of that choice on 9/11, he said that he thought it would be better to do what he could to help than to spend his time being sad, which wouldn’t do anyone any good. Instead, he worked a command post at Ground Zero, where all he had that first day to communicate with was a portable radio and a phone, though by the end of that day, he said they were much better equipped.

At the start of the day, however, he recalled that they had no maps and no equipment, since the attack was so unexpected, sudden, and unprecedented. John directed and coordinated New York State Police response efforts in New York City that day. In all, he completed three tours at Ground Zero.

Police Officer John Praskey went on to serve as an officer for twenty more years, retiring recently with 51 years of service, between his time as an officer with the New York State Police and with the Liverpool Police Department.

When Chris recounted what it was like at Ground Zero, he said that it was odd how eerily quiet it was, even though there were so many first responders there working their hardest to try to save as many people as possible. He said that he recalls the sound of the Air Force fighter jets clearly as they pierced through that quiet, performing flybys to make certain that the first responders could complete their work safely. He said that sound was comforting, made everyone feel safer in the wake of an unprecedented attack on our nation’s safety.

Chris had just welcomed the birth of his first child and was on his annual leave when he was called back to work on September 11, 2001. He stayed overnight in Newburgh and reported to Ground Zero at sunrise the following day on the west side of Manhattan, nearby a school that has been in the news recently, since the children who studied there then have had illnesses since, related to the conditions that also have affected so many of the first responders who were there, Chris included.

There were six inches of ash and concrete debris from the building that carpeted the ground like snow. Chris and other K9 Handlers first worked search and rescue, then rescue and recovery efforts. Other officers would work methodically, alerting a K9 Handler to come and check anything they thought might be a person or remains. Chris recalled that the K9s were fitted with booties on their paws to protect them from the metal debris and that the dogs’ eyes had to be washed out regularly. He also remembered that there were vets on the scene who had to give some of the K9s antibiotics.

Chris worked at Ground Zero from September 12 through the beginning of October with his K9 who was named KB after Trooper Kenneth B. Knapp. It has always been customary for K9s in the department to be named after fallen officers. They worked twelve hour shifts with the other officers who each worked day and night shifts. Chris recalled that he and KB were stationed next to Connecticut State Troopers with their K9s, whose purpose was to find remains only as that is the training their K9s had received.

New York State Investigator Christopher Quick retired last year and recently traveled to Texas since his same son who was born just prior to his work at Ground Zero has just finished Basic Training at Lackland Air Force Base and will soon be stationed at Keesler Air Force Base in Biloxi, Mississippi, where he will begin his career in cybersecurity to protect our nation from possible future attacks. 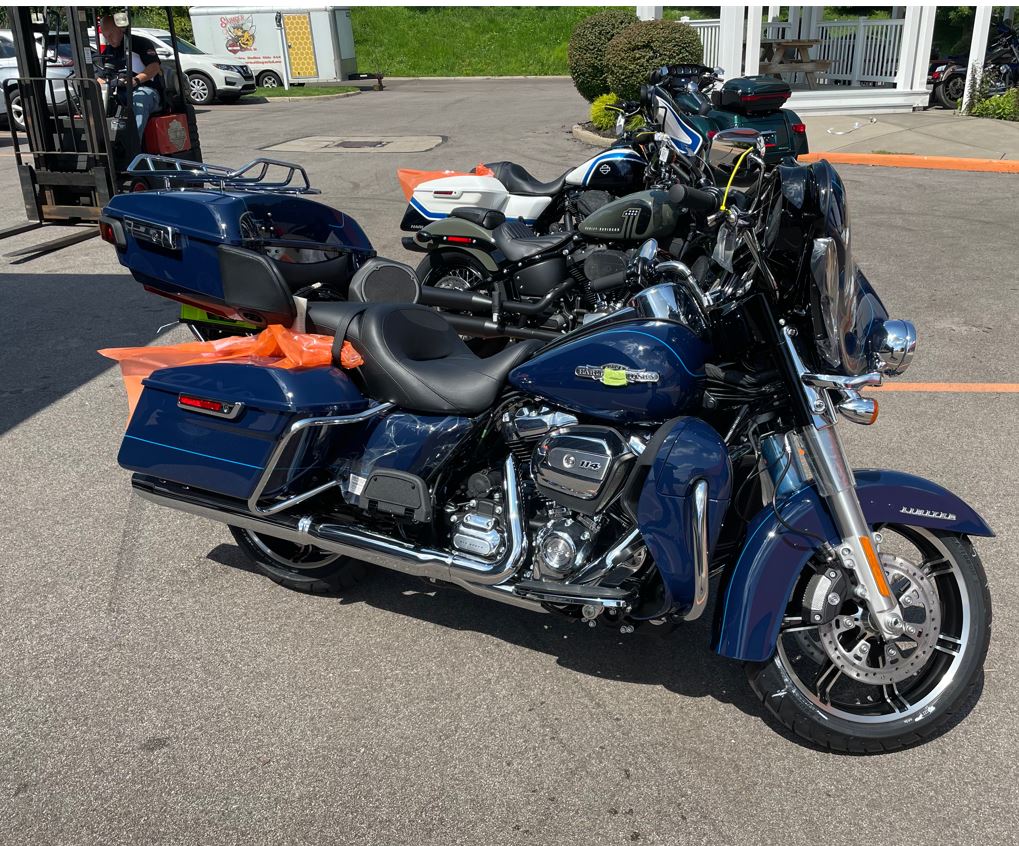 Get Your Ticket Now: September 1 is the Final Day of the LEORF Harley Bike Raffle!

Get Your Ticket Now: September 1 is the Final Day of the LEORF Harley Bike Raffle!