Middletown Police Officer Evan Barone was awarded the New York State Police Officer Medal of Valor, chosen from among 300 nominees around the state. Lt. Governor Antonio Delgado spoke of Barone’s heroism on August 29, 2020 when he congratulated him on the award, “Despite taking fire and being wounded, Barone secured custody of the gunman, protecting the woman with whom he was speaking and several children and adults nearby. Officer Barone then radioed for help, applied a tourniquet to his own wound to control the bleeding, and waited for medical assistance,” he said. “This was a vicious attack on a police officer who bravely stood his ground, protecting bystanders from harm and applying his own tourniquet and subduing the shooting while being severely injured.” 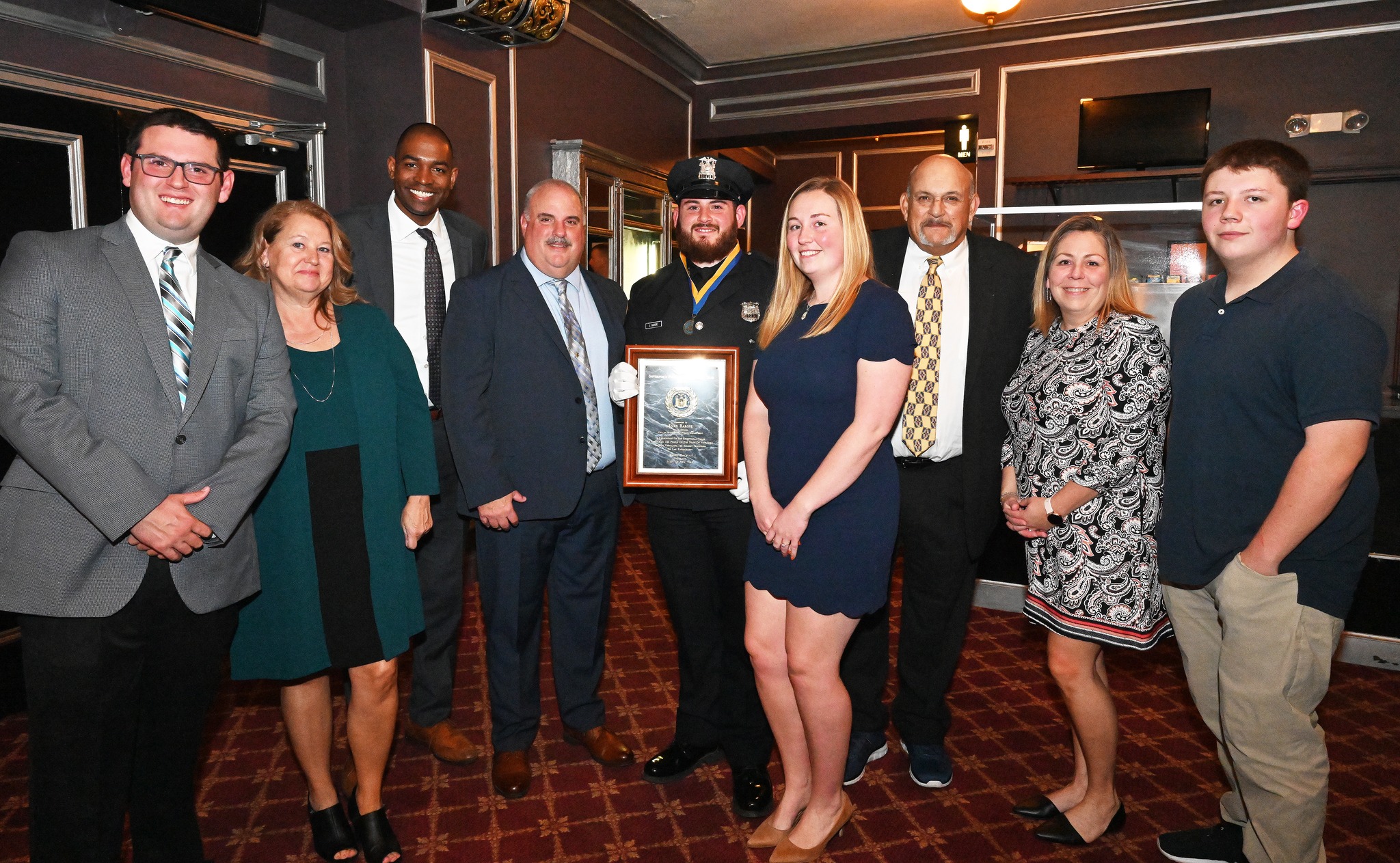 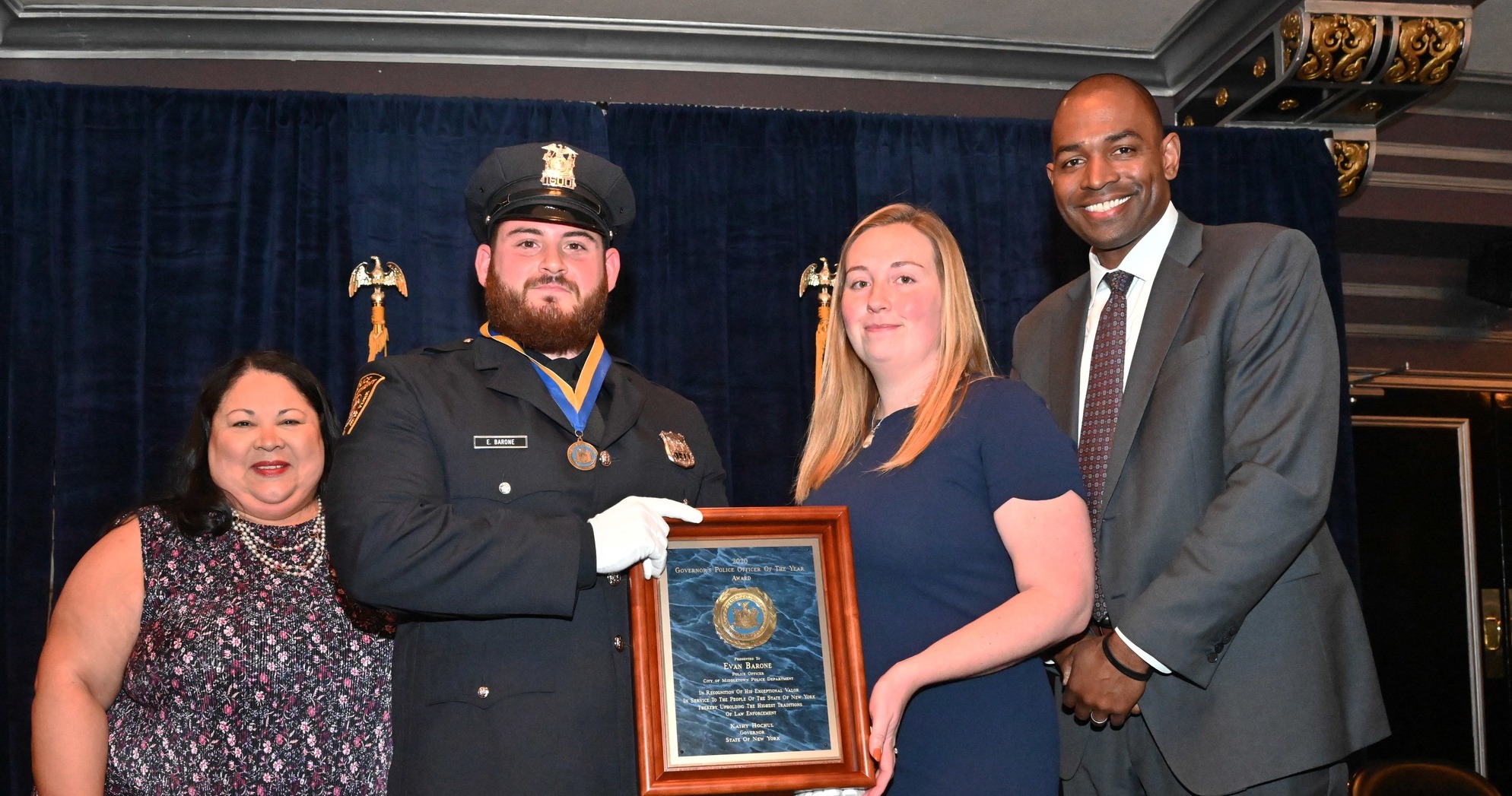 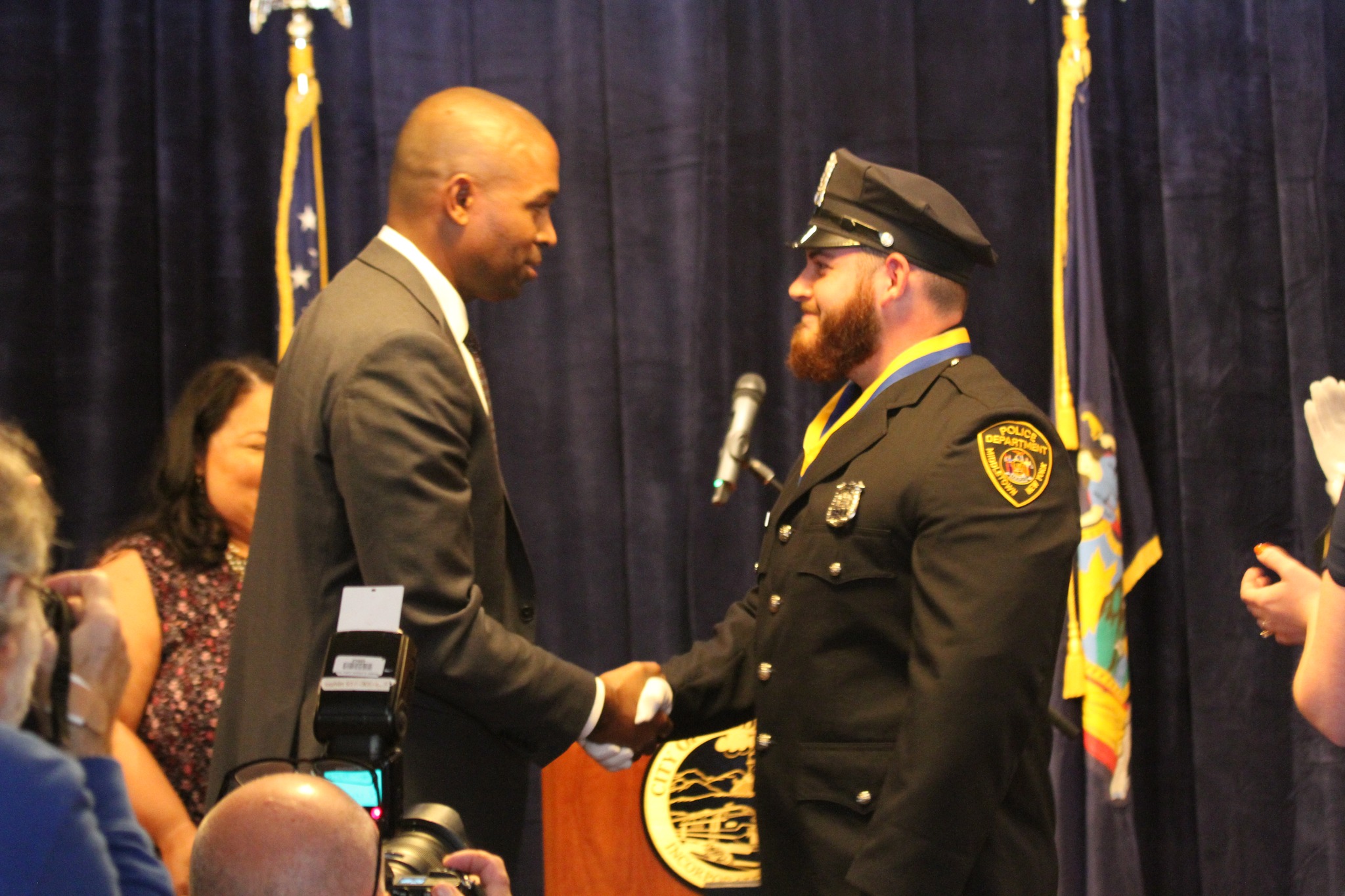 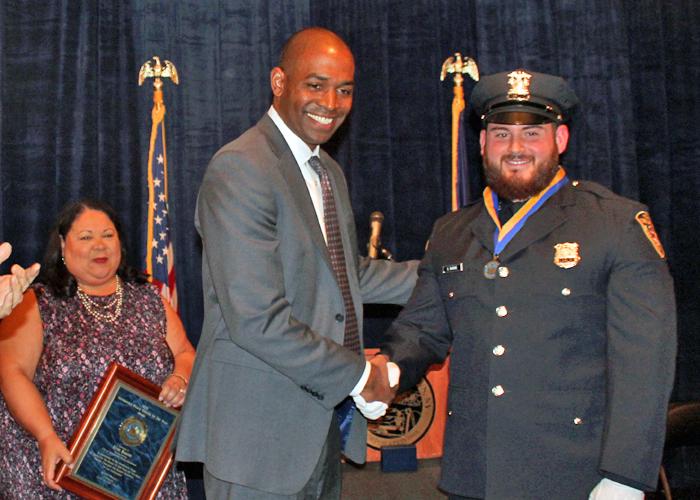 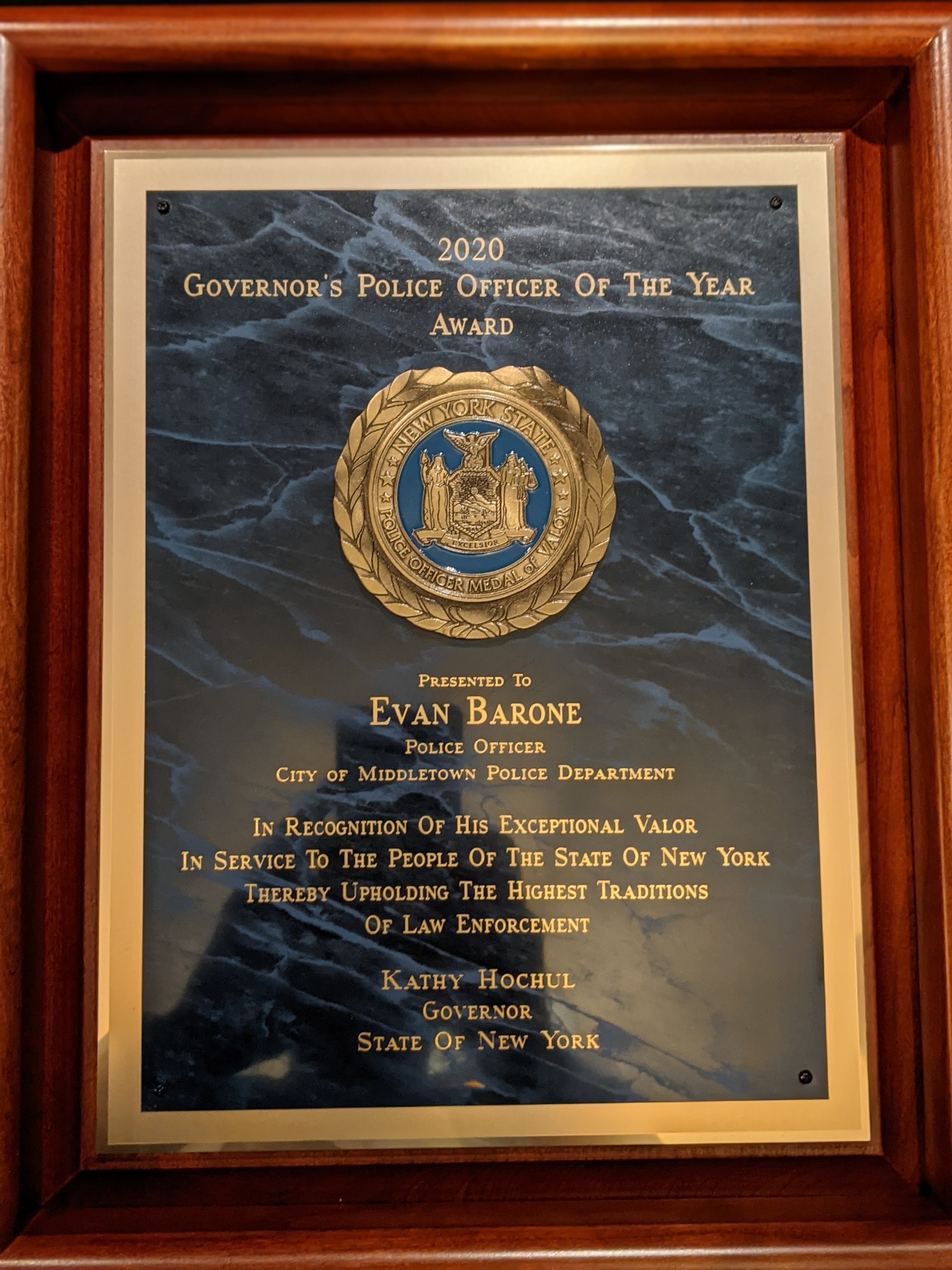 Officer Barone was also recognized by the International Union of Police Associations in a letter from President Sam A. Cabral. President Cabral stated, “Your actions on August 29, 2020 demonstrate the courage and calm under fire that exemplify the behavior and performance that we all strive to have when faced with such deadly encounters. You are an example of the very best of those who have ever pinned on a badge. Your actions saved lives, including your own, and while wounded, resulted in the arrest of an armed and dangerous criminal. They are in the very highest traditions of this profession. 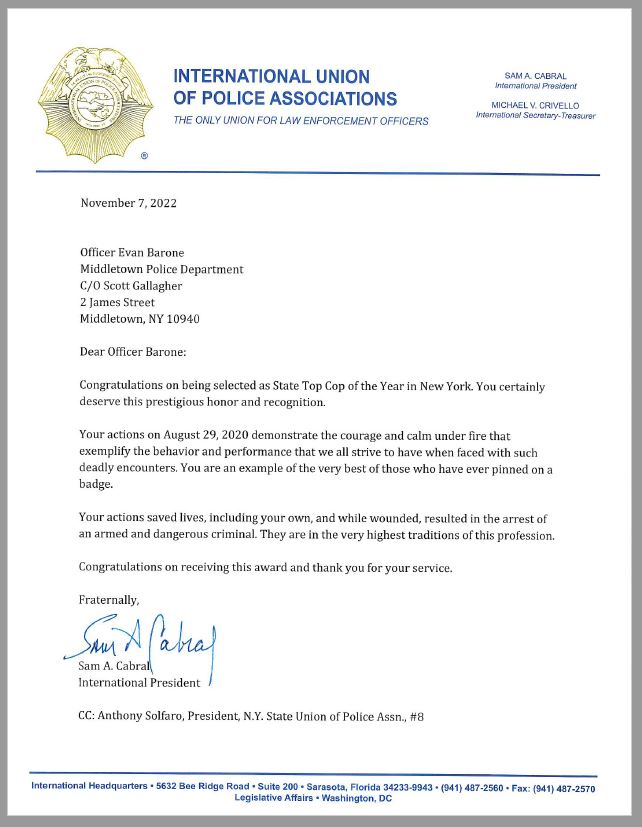 The I.U.P.A. and LEORF Hero Spotlight shines a light on LEOs whose heroism, quick thinking, and dedication are examples to those in our profession and remind us all why we put on the uniform every day. Previous Hero Spotlights have included: 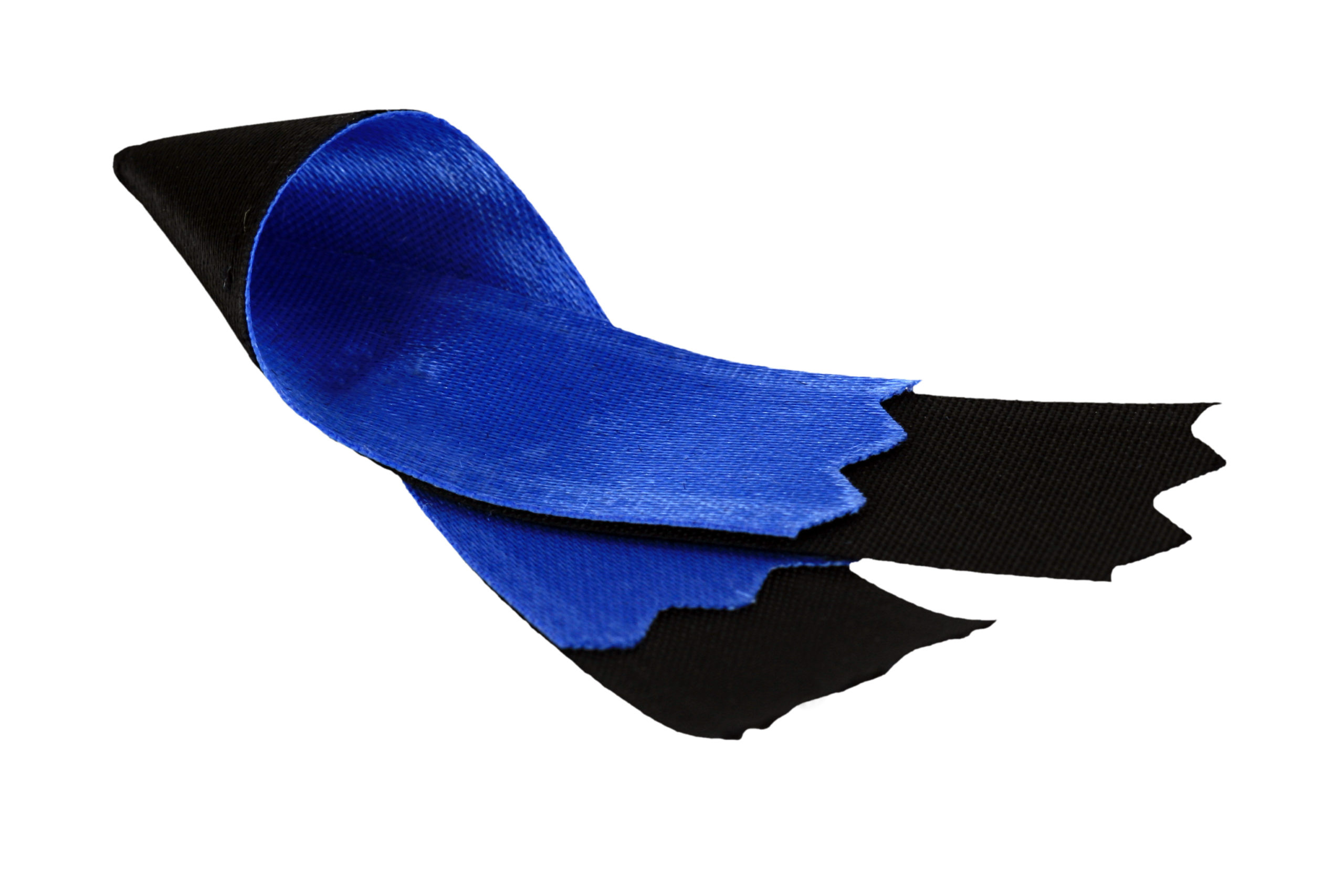